Caprice Does The Business For Female Speakers!

Caprice Does The Business For Female Speakers! 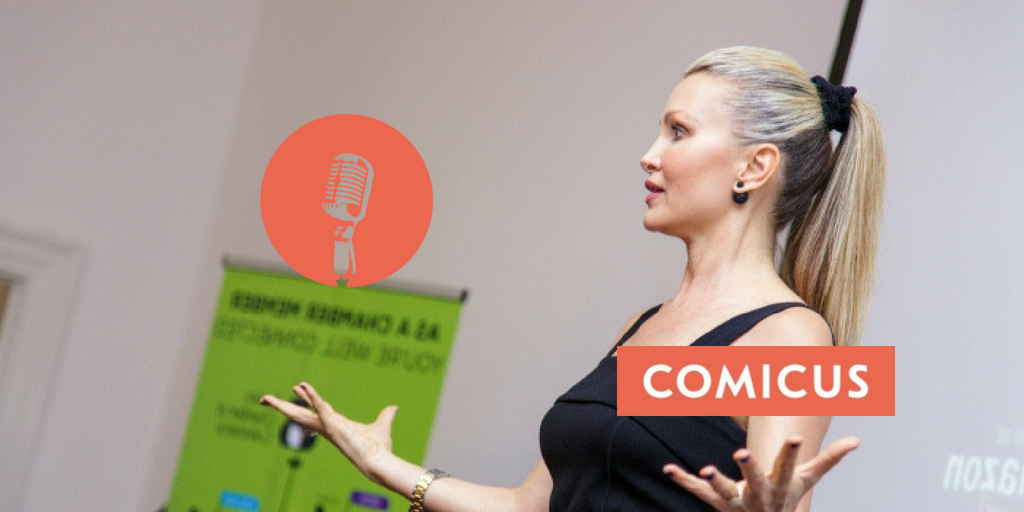 Four interesting and varied keynote speakers opened the first in a series of business seminars; entitled Grow, Develop, Discover and Influence by Sussex Chamber of Commerce at the Jury’s Waterfront Hotel. With Caprice Bourret leading the way for female speakers at business events.

The speakers were described by Chief Executive, Ana Christie as ‘exceptional entrepreneurs’ who shared their own stories; which ‘motivated’ and ‘inspired’ an audience of Sussex Business people.

All four speakers had much to give, but the highlight of the afternoon was the only female speaker, Caprice the former supermodel (booked by Comicus). Showing none of the pretensions associated with the tough modelling business, but a shrewd, intelligent and considered talk on her life. With all the entrepreneurial opportunities and disappointments experienced along the way.

Speaker Caprice addressed her audience without notes or use of a lectern, but confidently moved around the stage as if on an international catwalk. This time using her business voice to great effect. She bared her soul to an enthralled audience, having much to say to both women and men. Caprice speaking professionally, effectively and entertainingly to a bespoke Sussex business audience was really excited and proud of the recent licensing agreements and work she is involved in with TK-Maxx as just one of her business ventures

Caprice does not believe in luck, she recounts being brought up in a very humble family in a poor part of Los Angeles, before someone connected to the business saying to her ‘You would make a great model’. The rest is history and the challenge for many people in modelling is what they do when the first wrinkle appears and the phone does not ring. This was not a problem for Caprice starting up her own range of lingerie and building a successful business with worldwide licenses.

Re-defining the Caprice brand through shrewd marketing and effective management. She was also very honest how recessions and outside economic forces had affected her businesses making millions and at time losing them, as well as speaking about her personal life and business time management.

Afterwards, Caprice made time for everyone posing for photos with open mouthed executives and chatting to those that had individual questions. This impressed the already won over crowd.

Speaker Kevin Byrne, CEO and founder of Checkatrade.com spoke from the heart, describing in detail the principles he applies to his business. He believed the culture of a company is the most important part of the organisation. He stated he enjoyed ‘building people’ and advised in taking on staff smarter than yourself.

It was obvious he was a people’s person which was reflected in his description of the 5 Pillars of life he applied to his business:

Speaker Anthony Sears ‘The Telephone Assassin’ had an interesting and polished presentation on contacting people on the phone. This was not a training session on a heavy sales approach more ‘teaching customers how to buy’ he stated.

Anthony was encouraging to his business audience by saying ‘You don’t have to be good at sales to make sales’. Then went through a series of procedures, NOT a script as he pointed out to help getting to the prospective client. Such was his confidence in his approach he offered to ring prospective clients for any of the delegates from the stage.

Liam Hackett, CEO of Ditch the Label gave an honest and moving talk in the development of his anti-bullying charity. Bravely admitting to his own awful bullying as a child and how that has developed into one of the largest anti-bullying charities in the UK which is expanding it advice into America and Mexico. He emphasised the importance of USP’s, building credibility, build through leadership and creating strong strategic partnerships.

David Sheppard, Chairman of the Chamber noted in his closing remarks to a successful day; how some of the same points had been made by Caprice and Kevin Byrne without having seen each other speak. Helping to further emphasise their importance in the business world.

It was interesting to note so many of these successful businesses had grown organically; through opportunities arising and taking the organisation down different and diversifying routes.