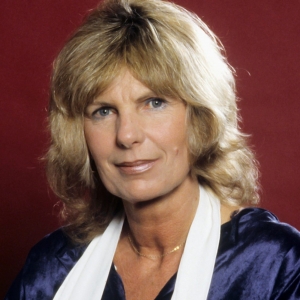 She was regarded as one of Britain’s top comedy writers, learning her business by contributing scripts to ITV’s sitcom series ‘Bless This House’ (with Sid James) and ‘And Mother Makes Three’. Before going on creating her own work often produced by the BBC. Her most successful sit-coms had a strong element of truth. The writing was tender and funny, and often delved into serious subject matter. Part of Lane’s gift as a writer was in making our inadequacies seem comic. Actress Rebecca Front said ‘Carla Lane and Victoria Wood both wrote from the heart, and put women at the heart of what they wrote’.

The former journalist “brought Liverpool to life” according to her family, and often used her own roots as the back drop for some of her scripts such as ‘Liver Birds’ and ‘Bread’ probably her most successful sit-com. Liverpool based Chris Cairns said ‘It was like Carla Lane was looking through our back window and writing it down’.

Yet it was ‘Butterflies’ that caught my eye as it showed so many of the issues my own mother was feeling within the stranglehold of a middle class family, making sometimes tough and unpleasant things funny. Carla Lane managed to break the male dominated trade of TV sit-com writing telling The Observer in 2008 “I was a woman, I was Liverpudlian, and I could write. I sailed through the place like some kind of movie queen. I got lots of attention and everything I wrote they seemed to like’.

She portrayed her women characters as real, easily identifiable by other females gaining her work further popularity. Reporter Caroline Frost said ‘Many of TV’s most memorable female characters came from her pen.’ However not all her comedy dramas were received with praise. Lane had a few flops along the way. Her last sitcoms for the BBC like ‘Screaming’, ‘Luv’ and the ‘Liver Birds’ (remade) all disappointed, according to one of her fans ‘as they were terrible and reflected her obsessions with animal rights, menopausal women and green issues’.

The Telegraph’ said ‘Despite the fact that she had not had a hit for many years, Lane’s influence can still be felt within the industry. Comedy dramas such as ‘Cold Feet’ can trace their lineage to the pioneering work she did on ‘Butterflies’, while series such as Sharon Horgan’s excellent ‘Pulling’ owe much to Lane’s combination of emotional frankness and caustic wit’

After showing the way as one of British television’s most successful and highly paid scriptwriters, Lane had also become known for her animal rights activities and ran an animal sanctuary on 25 acres of land in Sussex before selling it in 2009. It was a subject she took very seriously and in 2002 Lane returned her OBE awarded in 1989 in protest at the award of a CBE to Brian Cass, managing director of Huntingdon Life Sciences.

HLS has been at the centre of numerous animal rights protests for its use of animals in the development and testing of drugs. In response the then Prime Minister Tony Blair wrote to her personally saying that she deserved the honour and that it would be kept in case she changed her mind and wanted it back.

In 2015 Lane opened a special care unit at the Carla Lane Animals in Need Sanctuary in Melling, Merseyside, at the cost of £315,000.