Dr David Bryon is the former Managing Director of bmibaby. Which grew to become one of Europe’s largest low cost airlines under his lead. He now enjoys a successful media career, that includes a highly popular after dinner comedy routine (based around flying); professional business speaking, awards evening host, conference facilitator and TV presenting.

David Bryon was born and raised in the SE of England. He completed a degree and PhD at the University of Liverpool; before getting involved with the early evolution of the web and ecommerce.

David moved to America in 1996 and continued to work within the ecommerce sector. He also started writing a humorous newspaper column looking at life in America through the eyes of a cynical Englishman. This became very successful and also led to David Bryon hosting his own TV talk show; that broadcast on a regional cable channel.

David returned to the UK in 2000 to take up a position with the airline bmi; and was part of the senior management team that set up the low cost carrier bmibaby in 2002. He was Commercial Director for 18 months before being appointed Managing Director.

Since leaving David has returned to the media and has built and excellent rep as both a pro business speaker and a highly amusing after dinner speaker. His know how and experience provide a wealth of funny stories and tales from the aviation industry; that entertain audiences of all types. 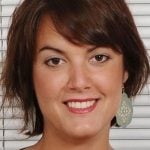 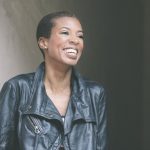