Having turned down the opportunity to play youth team football, Dan Walker studied journalism and worked on Sheffield student radio. He then moved to the local station Hallam FM, before moving to spend four years at Manchester’s Key 103; as a match day reporter and commentator. He stayed in the city to work for Granada TV, covering league football for ITV and then to the BBC; covering sport for the local news North West Tonight.

Since working for the BBC, Dan has gone on to cover Wimbledon, Aintree, Royal Ascot and The Derby, and the 6 Nations. He has continued to cover domestic, European and international football, including the 2010 and 2014 World Cups. He also co-hosts the broadcaster’s Open golf coverage and was an integral part of the 2012 Olympics coverage team.

Dan also presents a weekly football show on BBC World, one of the most popular strands on the international channel. Away from sports presenting, Dan has hosted Songs of Praise; and has been seen on Countdown, Celeb Mastermind and A Question of Sport. He is also the author of Dan Walker’s Football Thronkersaurus: Football’s Finest Tales; a compendium of amusing, bizarre and unbelievable stories from the beautiful game.

Just a quick note to thank you so much for the amazing job you did last night. It was a tremendous night and you really created the right atmosphere. We all really enjoyed working with you and look forward to working with you again next year – if you’ll agree to come back! Take care and speak soon,

Dan is one of those people that you warm to instantly. He kept the awards fast-paced but with the right amount of focus on the winners. Outstanding, and so lovely to deal with in the run-up to the event.

Dan really was the best ever – and I’ve done 12 of these dinners now… From the moment I called him, he was strikingly at ease with the whole situation, incredibly friendly and diligently professional. Those traits continued into the rehearsals and dinner itself. He had the audience in the palm of his hand in a way that I have simply never seen. He did a superb stunt at the beginning involving the entire audience which was a piece of hosting genius and from that moment on, he was like your best mate on stage. But always in control. He was extremely pleasant company during dinner too, which is the organiser’s bonus. We chomped through the proceedings and he left as smiley as he arrived. What a gent. Stunningly professional and couldn’t have asked for more.

Be the first to review “Dan Walker” Cancel reply 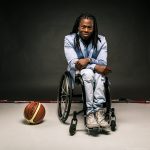 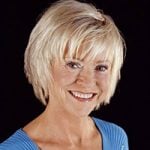