Listed in Classic FM Today’s Ten Best Women Conductors and in the BBC Woman’s Hour Music Power List, Alice Farnham is a British Conductor and trained in Russia.  She enjoys a distinguished international conducting career. Alice is also an accomplished inspirational speaker and much in demand for corporate events

Alice is a graduate of St. Hugh’s College Oxford University where she held an Organ Scholarship. In 2014 Alice Co-Founded Women Conductors – a response to the outcry that Marin Alsop was the first woman to conduct the Last Night of the Proms.  At the time, the gender ratio of women holding conducting positions in professional UK orchestras was 1.4%. Alice tackled this problem head on by encouraging more female professional musicians and students to try conducting, running inspirational and award-winning workshops and programmes both in the UK and internationally.

Inspired by her teacher, the legendary Ilya Musin, she focuses on confidence building techniques, acting and communication skills. Since 2014 she has worked with over 400 women and many of these continue their conducting training and are embarking on successful careers. She has been invited to talk about her work not just in the UK, but in the US, Australia, Ireland, Sweden, both in public and also on the radio, webinars, and podcasts.

Alice is particularly interested in innovative cross-genre productions where she talks directly to the audience.  In 2019 she conducted a ground-breaking authentic audience participation performance of Mozart’s Paris Symphony with the BBC Concert Orchestra and presenter Tom Service.  She has also conducted the opera/dance hybrid Carmen Moves and Philip Glass’ Satygraha with Cirkus Cikör at Folkoperan Stockholm.

Passionate about training young singers and instrumentalists, Alice recently conducted opera productions at major UK music colleges including the Guildhall School of Music & Drama and the Royal Welsh College of Music & Drama. She was Music Director of Welsh National Youth Opera for award-winning productions and she returns for their 2021 season.

Alice is an engaging and charismatic international speaker – show reel available here.  Key themes in her interactive presentations that originate from the music industry and resonate with business audiences include:

‘Alice Farnham has been a pioneer in the staggeringly male dominated field of orchestral conducting. She has conducted internationally in opera houses, for ballet companies and in concert halls.  Most recently, at Southbank Centre, Alice conducted the BBC Concert Orchestra in an illuminating and entertaining interactive concert which included audience participation.   Alice has spearheaded the RPS’ Women Conductors programme, encouraging young women to believe, against all the evidence, that conducting orchestras is a suitable career for a woman.  I’ve attended some of Alice’s workshops and she is engaging, wry, witty and, ultimately highly informative on the business of conducting.  I came away from the last workshop I attended with Alice having finally understood – after a lifetime of being around conductors – what the person standing at the front of the orchestra waving their arms actually does.   I whole-heartedly recommend Alice as a speaker.’ Gillian Moore CBE – Director of Music, Southbank Centre

‘Alice Farnham is a continual inspiration: her trailblazing leadership on and off the podium is an essential example of what classical music needs right now. She’s also one of the warmest yet most fiercely perceptive personalities in the musical world, who has an easy ability to relate her experience as a conductor to many other fields. She’s a voice we all need to listen to!’ Tom Service – Classical Music Writer, Radio & TV Presenter

‘I enthusiastically endorse Alice Farnham as the perfect, refreshing and original speaker for a wide range of events and occasions. She has a remarkable story to tell, accounting her humble efforts to rectify an age-old and worldwide injustice: the stark lack of any female conductors on the orchestral podium. It’s the story of one woman who recognised we all have within us the ability to make a difference, and what a difference she has made: in a few short years, setting over 400 other women on a pathway to conducting, with some destined soon to become stars. Women worldwide now seek her guidance and inspiration, and the warmth and wit with which she generously gives it. As all professions and sectors set out to address equality, Alice’s testimony is also full of universal resonance and useful ideas to harness, whatever the situation. She is a reminder of what we can each individually achieve if we put our hearts to it. It’s no wonder she was awarded a place high up the BBC Radio 4 Woman’s Hour Power List, given all she has accomplished. All power to her.’ James Murphy, Chief Executive, Royal Philharmonic Society’  James Murphy – Chief Executive, Royal Philharmonic Society

“Alice Farnham is a pioneer in the field of conducting. As a champion of female conductors – still a rare breed, but increasing due to Alice’s remarkable work – she is an inspiration to gifted women across the world who are forging careers in one of the world’s most demanding industries with her support. Alice’s own career story is a fascinating journey of courage, sacrifice and commitment, which included learning to speak Russian to communicate whilst learning her craft under one of the great masters. Alice is engaging, funny, and even when addressing a group, you feel like you’ve invited a fascinating friend over for a gossip after dinner. You could listen to her stories for hours!”  Bourby Webster – Founder & CEO, Perth Symphony Orchestra, Western Australian of the Year – Arts & Culture

“… She was a savvy keynote speaker for the Dallas Opera Hart Institute for Women Conductors, where her accessible, down-to-earth manner, her humor, and her passion on the subject of opportunities for women inspired all of us—both men and women—to continue to strive for swift and meaningful change. All in a day’s work for such a thought-provoking and engaging guest speaker.” Susan Calvin – Director of Media & PR The Dallas Opera

“…as a past President of the Girls Schools’ Association (GSA) I was delighted to invite Alice to our Annual Conference as a Guest Speaker.  Alice spoke passionately about the importance of nurturing leadership skills in our students and why it was important we encouraged our young musicians to develop as young conductors.  Insightful and impassioned – I couldn’t have asked for more!”  Alun Davies – Principal, Chetham School of Music

Be the first to review “Alice Farnham” 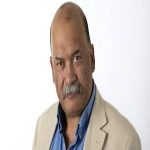