Andre Vincent is a stand up comedian, writer and actor; who has been a regular on the comedy circuit for over 25 years. He has worked all over the world, including several sell out runs at the Edinburgh Fringe. As well as teaming up with Marcus Brigstocke in ‘The Late Edition’ (2005) BBC 4, and its successful Live Edinburgh shows 2005 to 2012.

Andre Vincent has appeared on numerous comedy panel TV shows, as well as appearing as himself in the famous children’s TV series ‘Byker Grove’. He says that he was ‘Born May 1964, in Woolworth’s Department Store Penge; and hasn’t stopped appearing in the most unusual of places since’.

Andre started his career as a ‘professional show off’ at an early age, becoming a star struck stage brat; working when any theatre company needed a street urchin, a herald or a small child to up stage everyone. He then became a boy chorister, to the delight of his family. Whose dream was for him to follow his grandma, into the world of opera and become a top class tenor.

Unfortunately for his family Andre Vincent followed the career path of another relative, his great grandfather. Who was an acrobat on the olde variety stage. So when young Andre stopped singing, due to his voice breaking, he went back to the boards and spent most of his time there; arguing with theatre directors that Hamlet could indeed be fat. Disheartened by this small mindedness, he packed up his grease paint and ran away to the circus.

After a quick stint of training in Paris and with a backpack full of equipment, Andre Vincent started travelling the world; entertaining the masses at circus and theatre festivals everywhere. With skills in abundance and his unique style of improvisation, he has performed in some strange places; from a bullring in Columbia, to a baseball stadium in Nova Scotia and Vietnamese refugee camps in the South China Sea.

With all this moving about, Andre had to think about where his career was going; when he found himself working at Disney World Florida at the end of 1988. Mask work and regimented smiling, were really not his forte. A friend tried to change his sad demeanour, by taking him to a comedy club in Orlando; and three hours later a new chapter opened in his life. He kept returning to the club, speaking to comics and schmoozing the management; and within a few months he was on the road, compering at small stand up clubs in the southern states of America.

His ‘apprenticeship’ in Georgia and Alabama, was good enough in the eyes of his peers to get gigs in other states of the US; and the pinnacle of this work was opening for Bob Hope in Columbus, Ohio in 1992. With his head swelling and his tongue tripping one liners, Andre Vincent returned home to conquer the comedy circuit of the UK; and in no time at all established himself as one of the top stand ups in the country today. 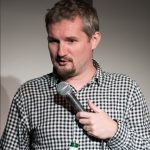 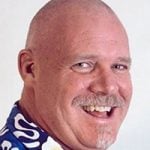 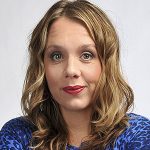