Initially combining life as a junior doctor with his role in the musical comedy duo Amateur Transplants; Adam Kay has gone from the online hit London Underground song to become an acclaimed author. His debut book This is Going to Hurt has become an award winning best seller; translated into 20 languages and adapted for TV.

Adam Kay is a comedian, musician, writer and former junior doctor. He fronted the musical comedy act Amateur Transplants besides fellow doctor Suman Biswas. The pair became an online hit with their London Underground song, a parody of The Jam’s Going Underground. As well as reaching over four million downloads, the duo became a hit live act around the country.

Adam’s new book Twas the Night shift Before Christmas will be published by Picador in October 2019. Taking a peek behind the blue curtain at Christmas time.

Adam is currently adapting This is Going to Hurt as a major comedy drama series for BBC2. Previous credits as a writer and script editor include: Mitchell & Webb, Very British Problems, Mrs Brown’s Boys, Crims (co-creator), Mongrels, Up The Women, Flat TV, Our Ex Wife, Bounty Hunters, Blind Date and Child Genius. Besides panel shows and live writing for high profile comedians, TV ads in UK and US, and rewriting hit Broadway musicals for transfer to the West End. He also is a Sunday Times columnist.

As a solo act Adam has continued to perform at festivals and clubs around the UK. His comedy combines dark humour with unexpected insights into the world of healthcare and hospitals. He has been described as “bracingly intelligent and enormous fun” by The Times.

Adam Kay has also written for comedy shows across BBC TV and is a regular on Radio 4’s The Now Show. He’s also worked as an advertising copywriter and in medicine he has written professional texts, as well as acclaimed women’s health features for Cosmopolitan. 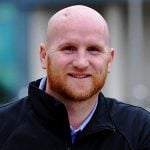 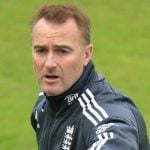