When father and son act Stavros Flatley ran on stage at the Hammersmith Apollo for the Britain’s Got Talent auditions; nobody could predict what was to come. They became an overnight sensation, and were many people’s favourite to win the show. Demetrios and Michalakis describe their act as two fat versions of Michael Flatley… with a Greek element.

It all started when Demetri owned a Greek restaurant in North London. The food was notoriously bad, but the cabaret performances were legendary! It was at the restaurant that Demetri developed the Stavros Flatley character. He eventually closed the restaurant to start a career in the electrical business; but when he saw an advert for Britain’s Got Talent auditions, he decided to dust off the leather trousers and give it a go. This time however, his son Lagi told him he wanted to join him. They had never performed together before, but decided to give it a go.

At the auditions they wowed the judges, Simon Cowell admitting they were one of his ‘favourite ever dance acts’. Turning in hilarious, infectious performances of Cry of The Celts, Lord of The Dance, and Zorba the Greek; they went on reach the final, with Amanda Holden admitting they were her personal favourites.

Received over 650,000 votes on Britain’s Got Talent 2009, finishing in 4th place, with 17% of the public vote. Have more than 1.7 million followers on Facebook. Performed at over 630 events. Released their own lifestyle book through Transworld in 2009, ‘How to Be A Little Bit Greek’. Were featured on Mazuma Mobile’s national TV advertising campaign

Have performed all over the world including China, Australia, France, Netherlands, Spain, Greece, Cyprus and Ireland. Major festival performances and corporate events around the country, including Glastonbury and Lovebox 2010. Launched a successful merchandise range. Have become TV celebrities, and performed on many of the major TV shows, Big Brother, The One Show, GMTV, Chatty Man, The F-Word & Ready Steady Cook.

Have supported numerous charities including Fight for Life, and Walking with Giants. Are co-presenters on London Greek Radio. Have launched “Stavros Flatley’s Greek Kitchen” – their own range of marinated meats and Greek foods; currently available in selected Morrison’s stores

Be the first to review “Stavros Flatley” 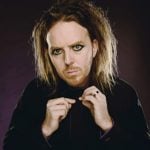