Souled Out are so much more than just a band. They perform the whole spectrum of dance music from the 50’s through to present day chart hits as well as classic soul. Souled Out will put the funk back into function by playing top party music which will keep everyone on the dance floor all night long.

Their spectacular live show with costume changes, choreographed dance routines and excellent state-of-the-art sound, light and multimedia systems has earned them the reputation as one of the most exciting live showbands performing in the UK and around the world!

With four powerful vocalists, a superb 4 piece rhythm and sensational three piece brass section, Souled Out can work as an 11 piece band down to a 7 piece party band.

Band That Makes You Dance

Formed in 1993, Souled Out have been working their magic ever since to keep the great music of the last 50 years very much alive and are now one of the busiest function bands around. Their sensational live show is one that is guaranteed to have audiences dancing the night away and make it a party to remember.

Along the way they’ve played with Jools Holland, Dina Carroll, The Drifters, Sam Brown, Boney M and The Darkness and are regular performers at the Disco Inferno and We Love The 70s weekenders at Butlins alongside Tavares, Heatwave, The Real Thing and Jaki Graham.

Souled Out are one of the most sought after live party bands in the country. With their mix of classic soul, Tamla Motown, disco and dance, they’ve been putting the funk back into function at corporate events, weddings, barmitvahs and parties for over 20 years.

Their stunning live performances have led to them headlining outside of the UK at venues in the Algarve, Naples, Munich, Nice, Bahrain and topping the bill at the Dubai New Years Eve party for three years running.

“Well all I can say is that the band were absolutely amazing!! We have had so many texts from our guests to say how much they enjoyed the evening especially Souled Out. The dance floor was full from the first song to their last.”
John & Jan Williams – Brighton Charity Ball 2011

When it comes to booking live music entertainment for your next corporate event, Christmas office party or product launch book Souled Out.

Be the first to review “Souled Out” 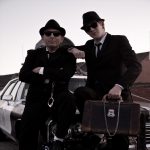 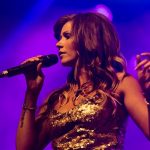