Hire
Sue Perkins
For Your Event

Sue has glided from writing French & Saunders skits to conducting orchestras, getting the nation baking and exploring the Mekong river. After dinner Sue Perkins serves up a melange of historical, comical and culinary tales.

Writer, presenter and broadcaster, the hugely talented Sue Perkins has been a firm favourite on British TV for over fifteen years. Together with her presenting partner, Mel Giedroyc, she entertained the nation with her unique brand of wit on the popular Light Lunch which ran for five series before transferring to an evening slot with the imaginatively titled, Late Lunch. Together they jumped and shouted their way through countless hours of television, marking the start of a double act that has lasted for seventeen years.

Over the years, Sue has worked on a wide range of solo projects, including documentaries on art, popular fiction and history. In 2008 she appeared on the BBC show Maestro, which she won, culminating in her conducting at The Last Night of the Proms.

She has also collaborated with the food critic, Giles Coren on a number of programmes including The Supersizers series, where they got to experience food from a variety of historical periods, including sow’s udder pate, Bovine Bread and Butter Pudding, Duck Tongues and several thousand bottles of wine. Other projects with Giles have included Giles and Sue Live The Good Life and Giles and Sue’s Royal Weddings.

In recent years Sue has developed a name for herself as a bit of a foodie and has worked on a number of food related programmes aside from those she has made with Giles Coren. These include The Big Food Fight and two series of The Great British Bake Off, which saw her reunited with her double-act partner Mel Giedroyc. The two made a massive impact on the series which further launched and introduced her to a new audience.

2011 saw Sue embracing adventure as she was flown off to Alaska with Charley Boorman; to film an episode of World’s Most Dangerous Roads. The show followed Charley and Sue as they made their way alone, along the Dalton Highway, in Alaska. Closer to home, Sue also co-presented All Roads Lead Home. Where she learnt important tips of natural navigation; alongside Stephen Mangan and Alison Steadman and explored her much loved home of Cornwall.

Sue has appeared on numerous panel shows including; QI, Have I Got News For You, Argumental on TV, The News Quiz and Just a Minute on Radio. She has also contributed regularly to News Night Review and The Culture Show. As well as radio and TV Sue also contributes to various columns in magazines, most recently with a regular feature in BBC Homes & Antiques and Waitrose Weekend magazines.

At the end of 2011 Sue worked on a TV project as a co-production, between her own production company Square Peg tv and Northern Upstart; which traced the story of the real Von Trapp family. 2012 was a great year for Sue with her sitcom being commissioned for BBC 2; as a co-production with Square Peg TV and Red Productions. She also traveled to Vietnam and Thailand for a second series of World’s Most Dangerous Roads; this time with Liza Tarbuck as her driving partner.

Recently Sue has been concentrating on some of her own development projects, namely new Radio 4 panel show Dilemma. Which sees Sue posing a series of moral and ethical dilemmas; to a panel of comics, journalists and other great thinkers of our time.

Some reviews of
Sue Perkins

Would you like to hire
Sue Perkins
for an event? 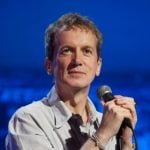 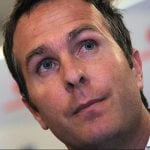 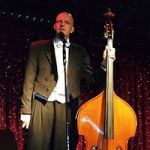 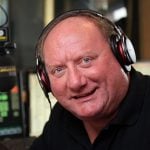 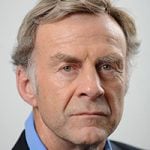 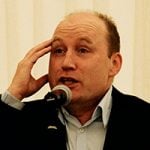 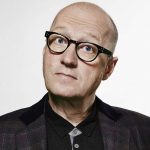 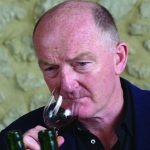 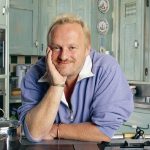