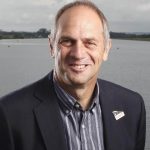 Steve Redgrave is among the greatest athletes Britain has ever produced. With the coxless four victory at Sydney; he became the first athlete in history to win endurance events at five consecutive Games. In speeches Steve describes the pressure of wanting to stay at the top, the punishing training regime; the leader’s role and the mix of skills within each team. He underlines the need to adapt to circumstances, and the importance of setting a series of achievable goals.

In 2002, Steven Redgrave was ranked number 36 in the BBC poll of the 100 Greatest Britons. As of 2012 he is the third most decorated British Olympian after Sir Chris Hoy and Sir Bradley Wiggins. He has carried the British flag at the opening of the Olympic Games on two occasions. In 2011 he received the BBC Sports Personality of the Year – Lifetime Achievement Award.

In the 2001 New Year Honours Steve Redgrave was appointed a Knight Bachelor “for services to Rowing”; which he received from Queen Elizabeth II on 1 May 2001 in Buckingham Palace.

The Redgrave Pinsent Rowing Lake was opened by him and Matt Pinsent in 2006. The lake and boathouse provide training, medical and scientific facilities for the GB rowing squad.

Steven Redgrave is commemorated at Burnham Grammar School, Redbridge Community School, Broadlands Science; and Engineering School as one of the four houses there. At Linton Village College in Cambridgeshire and Woodcote High School in Croydon; there is a school faculty (house) named after him.

The 1984 Summer Olympics, officially known as the Games of the XXIII Olympiad; was an international multi-sport event held in Los Angeles, California, United States in 1984. When Tehran, the only other interested city on the international level, declined to bid due to the concurrent Iranian political and social changes; the IOC awarded Los Angeles the Games by default. This was the second occasion Los Angeles hosted the games; it previously hosted in 1932. Steve Redgrave won his first title in rowing; of the record five he would go on to win in five Olympic competitions.

The 1992 Summer Olympic Games, officially known as the Games of the XXV Olympiad; was an international multi-sport event celebrated in Barcelona, Spain in 1992. The 1992 Summer Games were the last to be staged in the same year as the Winter Games. Due to the end of the Cold War, these games were the first without boycotts since 1972. In fact the Olympics was the final success of the former Soviet Union (despite only part of it taking part), and biggest of the “Olympic flag”. Nations from the former USSR competed as the Unified Team, coming 1st in the overall rankings.

The 1996 Summer Olympics (French: Les Jeux olympiques d’été de 1996); known officially as the Games of the XXVI Olympiad and unofficially as the Centennial Olympics. Was a major international multi-sport event that took place in Atlanta, Georgia, United States; from July 19 to August 4, 1996. A record 197 nations, all current IOC member nations, took part in the Games, comprising 10,318 athletes. The International Olympic Committee voted in 1986 to separate the Summer and Winter Games; which had been held in the same year since 1924; and place them in alternating even-numbered years, beginning in 1994. The 1996 Summer Games were the first to be staged in a different year from the Winter Games. Atlanta became the fifth American city to host the Olympic Games and the third to hold a Summer Olympic Games.

By rowing in the winning coxless four, Steven Redgrave of Great Britain became a member of a select group; who had won gold medals at five consecutive Olympics. The swimming 4 x 100-metre medley relay of B.J. Bedford, Megan Quann (Jendrick), Jenny Thompson and Dara Torres became the first women’s relay under 4-minutes. Swimming 3:58 and setting a world record, claiming the gold medal for the United States.

Some reviews of
Sir Steven Redgrave

Would you like to hire
Sir Steven Redgrave
for an event? 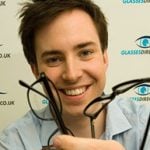 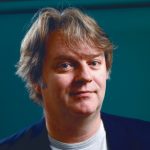 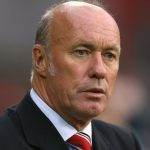 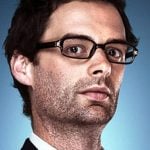 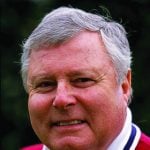 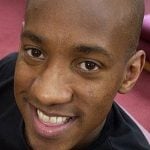 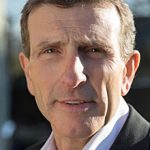