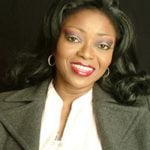 Hire
Patti Boulaye
For Your Event

Patti Boulaye is a singer, author, actress, public speaker, lecturer, painter, show producer, wife; a proud mother of two children and has a cherished grandson. After 3 years of starring in top London West End shows; Patti changed her name from Patricia Ebigwei to Patti Boulaye and appeared on ATV’s Talent show ‘New Faces’. She was the only contestant on the TV series to be awarded maximum points by the panel of judges. These were unprecedented full marks, in the 5 year history of the show. Patti went on to win the All Winners Final Gala Show.

Since then Patti has made over 200 TV appearances including Royal Command Performances at the London Palladium. Patti’s first TV production work was her own TV series ‘The Patti Boulaye Show’ on C4. She starred as Sister Pearl in the long running BBC TV Series, “Brothers and Sisters”. Patti Boulaye played the part of Charlotte opposite Lenny Henry in ‘The Fosters’. She starred in (12) BBC TV’s annual “Joy to the World” Christmas shows, produced by Major Sir Michael Parker KCVO CBE at the Royal Albert Hall; with Sir Cliff Richard, Roger Moore and other acclaimed stars.

In the Eurovision Song Contest (hosted in Birmingham by BBC TV); Patti Boulaye lead her ‘Sun Dance’ troupe of dancers in a fiery African dance to ‘Jupita’ from Holst’s ‘The Planets’. In 2016 Patti appeared in BBC TWO’s award winning series “The Real Marigold Hotel” which was filmed in India. Patti took a journey of a lifetime for the BBC travel doc series ‘The Real Marigold Hotel’. She appeared in two episodes of “Pointless”. Patti was in a series of BBC’s very popular ‘Celebrity Master Chef’; later in an episode of BBC1’s ‘Money For Nothing’ and Channel 5’s “When Talent Shows Go Horribly Wrong”.

Patti was voted “Female Vocalist of the Year” in the prestigious BBC TV Club Mirror awards. There followed top flight cabaret and recording engagements around the world; including “Talk of the Town” and Savoy Hotel in London. Patti danced with The Scottish Ballet at the Gala re-opening of His Majesty’s Theatre, for HRH Prince Charles.

She has toured her cabaret show through the UK and other European countries. In between West End and TV appearances, Patti Boulaye had a cabaret season at the Café Royal Green Room. Her season there is generally regarded as the best show they have presented. She has also produced musical presentations for various companies.

​Continuing her return to live music, Patti Boulaye went to Jordan; where she provided the cabaret for HRH Prince Hassan’s 50th Birthday, birthday celebrations for HRH Prince Rashid and HRH Princess Sarwat, Patti was also invited by the Prince to attend the wedding of Princess Rahma. She was personally asked by (Olusegun Obasanjo) the elected President of Nigeria, to sing at his Inauguration Ceremony.

​Recently, Patti travelled her ‘Motown Rock’ and ‘Dance Night’ shows for three years. She has performed her autobiographical show at private events and venues; including top London Cabaret Clubs: The London Hippodrome, The Pheasantry and the Crazy Coqs.

Patti is a regular inspirational speaker, with over 100 engagements; notably including guest speaker at the Women Federation For World Peace (WFWP) Conference held at the House of Lords; and compering and singing at the Rotary International “East Meets West” Variety Show at the Birmingham Symphony Hall.

She was invited by Dr Bodeker of Green College, Oxford, (as president of Support for Africa) to speak at the Conference for the Worlds Scientists; on ‘The Use of Herbal Medicine in the Fight Against HIV/AIDS’. As a Peace Ambassador Patti was a guest speaker at the Universal Peace Federation Conference at Abuja. Patti Boulaye was also guest speaker at RSA’s ‘Women in The Big Society” debate and lots of other speaking engagements.

​Patti has starred many times in “Music on Fire” the Fireworks Proms at Sandhurst. As a guest of Michael Jackson, Patti sang at his 45th Birthday in LA. Patti has sung at prestigious events including Wembley Stadium for the England vs France football finals. Patti was also the Face of Lux Soap in Africa for 29 years.

Patti’s own events at the Royal Albert Hall for her charity, Support for Africa; were so successful that she was invited to join the Golden Jubilee Entertainment Committee for Her Majesty The Queen’s Jubilee celebrations. As a member of the committee Patti got together and led a 5000 strong gospel choir; for the Jubilee procession down the Mall in front of Her Majesty the Queen in 2002.

Patti wrote a song “Jubilee Song (Celebrate Good News)” as a tribute to Her Majesty. Which enabled the 5000 singers to dance and sing during the procession. Patti and her choir put on a truly amazing display; as they joined thousands of other performers, in front of over two and a half million on lookers, the world’s press and hundreds of millions of people who tuned in to their TVs to watch the climax of the Jubilee.

Some reviews of
Patti Boulaye

Would you like to hire
Patti Boulaye
for an event? 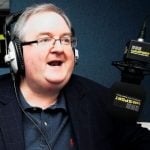 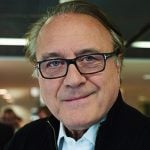 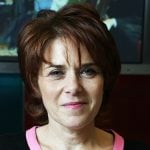 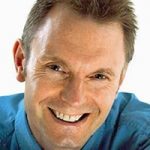 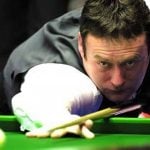 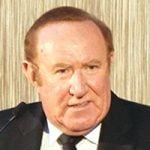 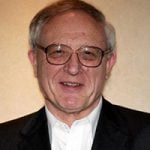 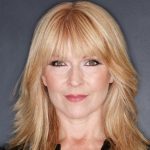 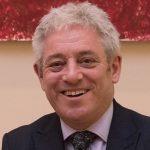