Hire
Rebecca Harding
For Your Event

Doctor Rebecca Harding is the co-founder and CEO of Equant Analytics. She was formerly CEO and founder of Delta Economics, specialising in trade, economic growth, and trade finance.

Rebecca is a leading researcher, economist, and entrepreneur. She founded Delta Economics in 2006, based on the principle of providing high-quality research; that bridges the gaps between economic theory and commercial business application. Her original approach of understanding economic growth and trends through a trade lens; has made her an innovator in the field of economics and business. Her research is focused on trade, economic growth, productivity, innovation and enterprise.

Formerly, Rebecca Harding has held academic roles as a Senior Fellow at the London Business School; and visiting professorial roles at Birkbeck and the Max Planck Institute for Growth Research. She has been the Head of UK Corporate Research at Deloitte, Chief Economist at the Work Foundation; and Executive Director of the Global Entrepreneurship Monitor world-wide.

She has been highly influential in advisory and consultancy roles. Working with the European Union and regional governments or agencies in the UK and Germany on innovation and enterprise policy. She was Specialist Adviser to the UK’s Treasury Select Committee (2004 and 2006) on regional productivity; and has been an adviser to the All Party Parliamentary Group on Entrepreneurship (2005 and 2009).

Rebecca Harding is an Academician of the Association of the Learned Societies for the Social Sciences; a Freeman of the City of London; a Liveryman of the Worshipful Company of Management Consultants; Chief Economic Advisor to BBA; a Board Member of the Society of Business Economists and a Board Member and Trustee of the German British Forum. In 2013, she was elected as a national representative of the European Movement UK.

Rebecca is a leading economist and forecaster of trends and markets. Appearing frequently in both leading broadcast and print media on economic trends, fintech, trade, finance; and growth with major news agencies.

Some reviews of
Rebecca Harding

Would you like to hire
Rebecca Harding
for an event? 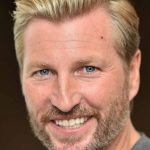 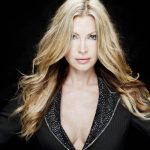 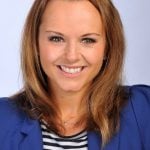 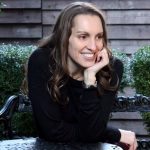